Closed for Fall Fix-Up. Join us when we re-open bright and shiny Saturday, September 25. See hours.

Visitors took a multi-sensory exploration of sound and light with the dynamic Blue Men as virtual guides.

When the creative pranksters known as Blue Man Group turned their focus to making science and sound accessible and playful, the results was a brilliantly-hued traveling exhibit in residence at LICM from January 26 - May 4, 2008.

Brilliant colors, shadows and luminescent objects created a dynamic exhibit that explored science, sounds and senses.  The exhibit had broad cross-over appeal;  encouraging children and their grownup to learn, play and explore with the same curiosity as the famouse blue-hued performing artists that shaped its content.

Making Waves served as an exciting complement to the concepts introduced in our Sound Showers and Communication Studio galleries.

The exhibit drew strong visitor and press attention during its only NY-metropolitan area stop on its national tour.

Blue Man Group: Making Waves was created by the Boston Children’s Museum and Blue Man Group and is supported by Harman/Becker Automotive Systems and powered by JBL ®. 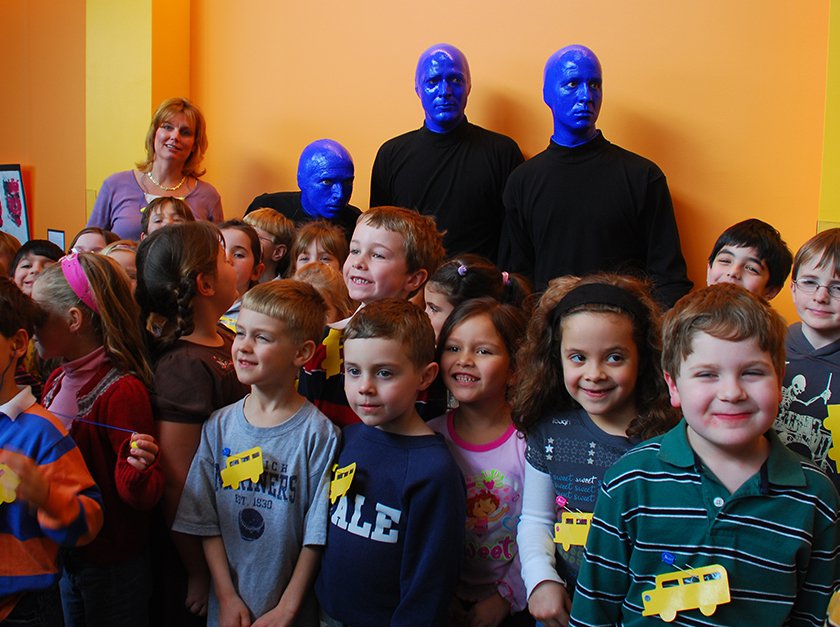 School kids were among the invited audience when Blue Man Group performed at LICM to open the exhibit’s stay. 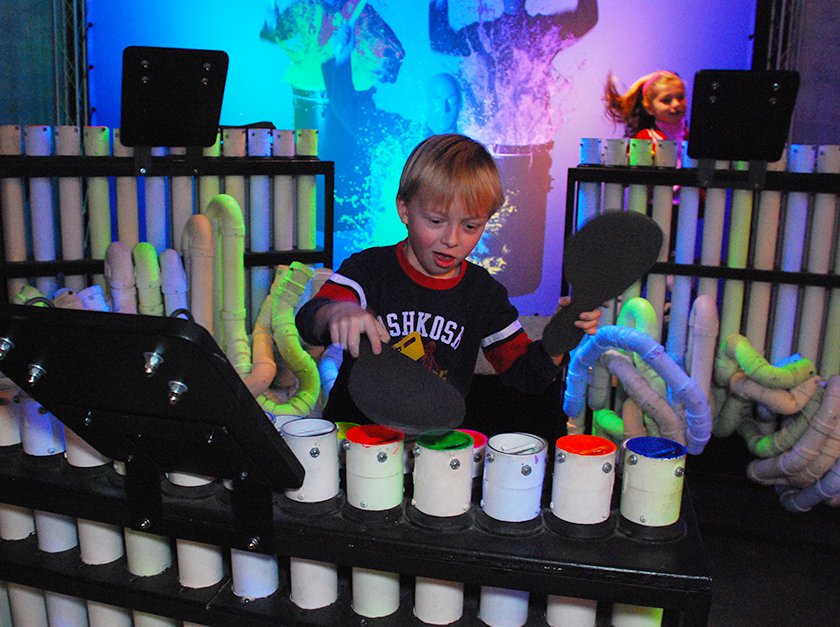 Children became musicians as they played instruments like those used by the Blue Men.

Improvements projects throughout the Museum will be taking place September 9 through September 24. We are closed during this Fall Fix-up and will reopen Saturday, September 25.

Visit as many times as you'd like in an entire year! Also enjoy Members' exclusive hour (10 am each day we're open) and more.

Learn about changes at the Museum, and what to expect when you visit.

As a local not-for-profit, we rely on the generosity of our community to preserve and share the Museum for the next generation.