Closed for Fall Fix-Up. Join us when we re-open bright and shiny Saturday, September 25. See hours.

Motion Mania! was an exhibit for thrill seekers of all ages to explore rollercoaster arcs and the force of gravity.

Visitors created head spinning thrills as they built their own rollercoaster—from design to testing, and then re-testing. Visitors found out how slopes, loops, hills, curves, gravity and speed make a difference on how things move as they navigated balls through a variety of track designs. They made discoveries about force and energy, about friction and stability all the while having lots of fun.

The Motion Mania! exhibit was developed by Ontario Science Centre. 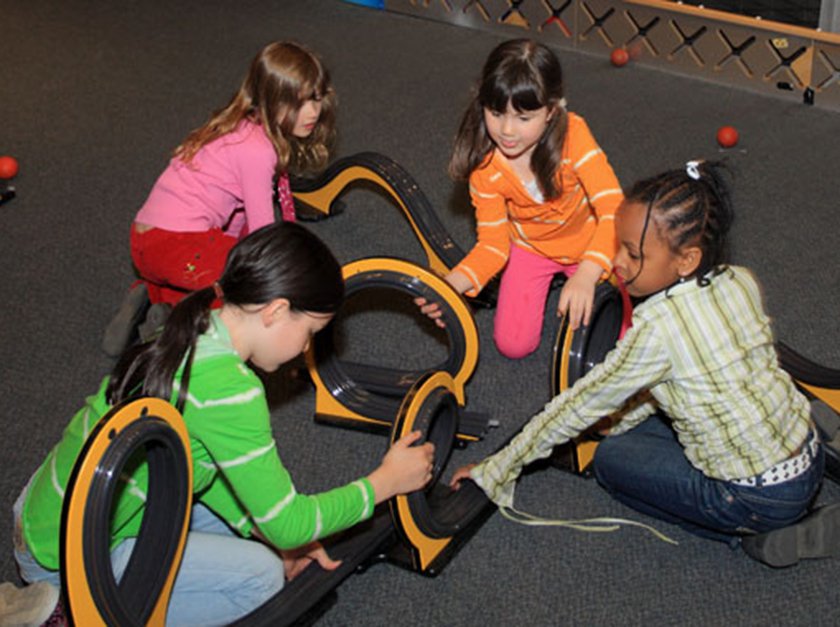 Children collaborate on creating their own rollercoaster to try out in the Motion Mania! Gallery. They are learning about velocity of balls through trial and error. 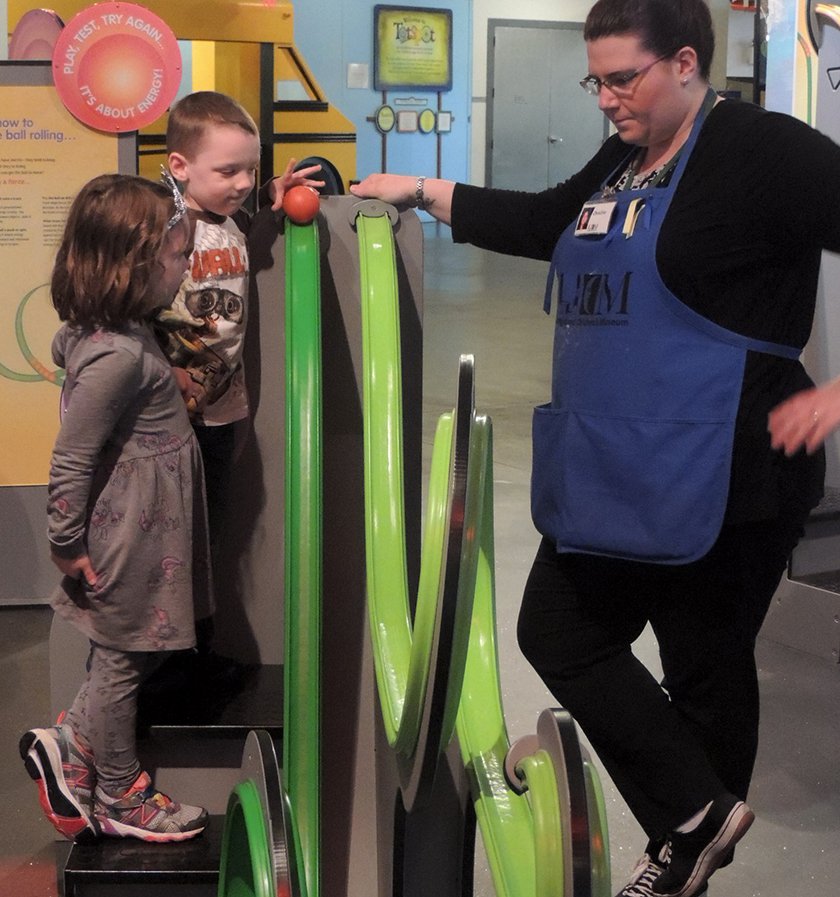 Children and a museum educator are predicting and comparing the ball’s velocity based on variations of the rollercoaster’s slope. Through repetition patterns are discovered.

Improvements projects throughout the Museum will be taking place September 9 through September 24. We are closed during this Fall Fix-up and will reopen Saturday, September 25.

Visit as many times as you'd like in an entire year! Also enjoy Members' exclusive hour (10 am each day we're open) and more.

Learn about changes at the Museum, and what to expect when you visit.

As a local not-for-profit, we rely on the generosity of our community to preserve and share the Museum for the next generation.